English Whiskey in the Lake District

You will be sure to have a dram good time!

In the 1887 book The Whisky Distilleries of the United Kingdom by Alfred Barnard, the following English distilleries were listed:-

Bristol Distillery (founded in the 17th century) — produced grain whisky which was "sent to Scotland and Ireland to make a Blended Scotch and Irish whisky, for whisky purpose it is specially adapted and stands in high favour".

Just under a century after the closure of Lea Valley Distillery, in 2003 St Austell Brewery & Healey Cyder Farm announced the first production of a "Cornish" single malt whisky in 300 years.   Although no substantial evidence exists that whisky was ever produced in Cornwall, it was the first commercial whisky to be produced in England. The partnership released a seven-year-old whisky in September 2011.

St George's Distillery in Roudham, Norfolk, began production in 2006.  It was founded by farmer James Nelstrop who described it as a 45-year-old dream to make whisky in Norfolk.  He said that barley had been historically sent from Norfolk to Scotland to make whisky. His initial idea was for a microdistillery, but after an unsuccessful application to HMRC for a distilling license to operate pot stills with a capacity less than 1800 litres (known as undersized stills in the UK) the company reverted to the minimum standard of 1800 litres and a license was approved.  He started production and released a three-year-old product in 2009.  This has been followed by sequentially numbered Chapter bottlings with varied alcohol by volume and flavour profiles.  The company that operates the distillery is called The English Whisky Company Ltd.   It produces single malt whisky and the grain for the whisky comes from Fakenham, the yeast comes from Kingston upon Hull and the water comes from the Breckland.

To denote a progression in their release schedule, St George's Distillery has used a sequential bottling system. Starting with Chapter One on February 2, 2010, the distillery has released a range of aged malt spirits and single malt whiskies. In general odd numbers in the Chapter, the range has been made using peated malt.  Currently, the company has released 11 Chapters with Chapter 7 being finished in a rum cask.

In 2011 St George's Distillery created a limited edition bottling for the Royal wedding of Prince William and Miss Catherine Middleton, released at 46%abv. This was followed in 2012 with a commemorative release for Queen Elizabeth II's Diamond Jubilee.

St George's Chapter 14 whisky was named the European Whisky of the year by the whisky writer Jim Murray in his Jim Murray's Whisky Bible 2015.

Adnams Brewery in Southwold, Suffolk, decided to install distillation equipment into the then defunct "Copper house" in 2008.  Since completion in October 2010 Adnams Brewery has produced a number of spirits including gin & vodka.  In 2010 and 2011 Adnams distiller John McCarthy produced spirit to be aged as single malt whisky. Currently, the distillery uses a mix of used American oak hogsheads and new French oak to age the single malt spirit. Below the distillery, in the old brewery cellars, casks are stored in the whisky cellar & brewery museum.

In 2013 The London Distillery Company began production of the first single malt whisky in London since Lea Valley Distillery closed in 1903.  Planning for TLDC began in early 2010 after a chance meeting on Burns night between Taylor and whisky writer Joel Harrison. The idea to open a London-based whisky distillery was Taylor's and was introduced to Rook by Harrison. Although they met in 2010 the business was not formalised until June 2011 after Rook resigned from his role at drinks retailer Master of Malt.   The company was registered with Companies House in July 2011 by Darren Rook and investor and former microbrewery owner, Nick Taylor.  Production of London's first single malt in over century began in December 2013.

Two other English distilleries also producing whisky as of 2014 are and The Cotswolds Distillery and The Lakes Distillery. 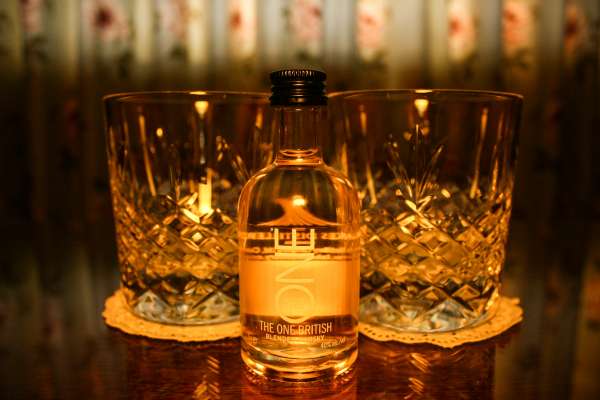 The Forsyths whisky stills have been custom made to our exacting standards, with the 500kg mash tun, 2,500l wash still, 1,600l spirit still and four 2,500l fermenters being able to produce over 150,000 bottles of our Cotswold Single Malt Whisky annually. Our Cotswolds Gin is crafted using our tailor-made hybrid Holstein still. With a capacity of 500l, the possibilities are endless when it comes to achieving superior quality and toying with new recipe development.

Dan, living only a few fields away (and the rest of the team not much further), believes in being a valued member of our local community, committed to being as clean and green as possible, so we’re making certain that our production waste is recycled. The spent grains of barley from our mash goes to feed our Cotswold cattle, and the other co-products created by our distilling process will be turned into biogas at a nearby anaerobic digester.  The eighty solar panels on our warehouse roof go a long way to powering all our distilling equipment.

Which leads us to our local distillery and why we decided to share the news of the wonderful Lakes Distillery with our guests.

Building work started in April 2013 and the distillery opened on 15 December 2014 with the unveiling of bespoke entrance gates.   The distillery operates a visitor centre with tours available, a shop, a bar and bistro.

The distillery produces gin, vodka and blended whisky. The distillery also started production on a single malt whisky in 2014 that will be available from 2017 onwards and will be called The Lakes Single Malt.

In just 12 months of opening, the distillery has become one of Cumbria’s leading visitor attractions, winning medals from prestigious events such as the Global Spirits Masters 2016 – the latter of which awarded the distillery with the only ‘Master’ medal, the highest accolade, in that year’s Distillery Facilities category.

Welcoming more than 70,000 visitors and featuring in the Michelin Good Food Guide 2016 and Hardens Food Guide 2016, Bistro at The Distillery has built up a tremendous reputation as an all-day dining facility. The bistro offers lunch, afternoon tea and dinner using locally-sourced foods, traditional Cumbrian products and whisky-infused desserts.  The Bistro is especially popular with tourists and locals, thanks to head chef Andrew Beaton and renowned Michelin star chef Terry Laybourne overseeing the venue’s development.

Situated six miles north of Keswick, The Lakes Distillery has a range of facilities including an interactive tour to suit all ages which follows the journey of how the distillery’s world-class gin, vodka and soon-to-be malt whisky are made. The distillery also has a luxury gift shop with locally-sourced products. Visitors are encouraged to enjoy the scenic walks to nearby Bassenthwaite Lake and the River Derwent. The River Derwent runs just 150 metres from the distillery and is the source of the water used in its spirit production.

A 1850s Victorian Model Farm is the home of The Lakes Distillery and our world-class spirits. A lot of thought has gone into the production process at our distillery to ensure we produce a malt whisky of outstanding quality and one of the finest gins and vodka available in the UK. The plant has been carefully designed to the highest specification, and our copper stills have been made to unique designs, on a small artisan scale; meaning we can lovingly produce our spirits without the need of mass production!

The distillery is located next to Bassenthwaite Lake and in a National Nature Reserve is one of Britain's most beautiful areas, the Lake District.  With this perfect environment for making whisky, it is no surprise that there is also a long history of illicit whisky distilling in the area, with the secluded hills and valleys of the area ideal for smugglers.  One of these distillers was Lancelot 'Lanty' Slee, who had a thriving business and always managed to keep one step ahead of the customs authorities – helped by supplying his 'whisky' to the local magistrates. With many other illicit stills in the Lakes, the area was well known as a whisky-producing region at this time.

There are many ways you can keep up to date with the distillery and the on-going developments there, you can visit their website, you can follow them on twitter and facebook and don’t forget you can book your stay with us and then visit them!