Hollywood comes to the Lake District

The Lake District has played a starring role in countless film and TV productions over the years.

With its rugged hills and sweeping valleys, it's easy to understand the attraction for film industry location scouts. The area has hosted everything from handsome period dramas to cult British films and Hollywood blockbusters.

Here are six of the most famous films shot in stunning Lakeland locations - and every one of them is worth a visit if you ever get the chance. 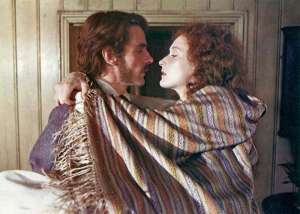 Nominated for five Oscars and starring Jeremy Irons and Meryl Streep, this ambitious film adaptation was shot mostly in Dorset but the conclusion was filmed at Broad Leys, a large Arts & Crafts style house overlooking Lake Windermere, which is now the headquarters of the Windermere Motor Boat Racing Club. It’s a handsome film whose cast looked right at home in the Lakes. The house was also used in a 1989 episode of TV’s Poirot. 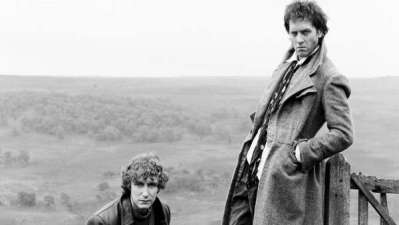 Featuring shots of the stunning fells and dales that surround the village of Shap, in the Eden District of Cumbria, Withnail & I is one of Britain’s favourite cult films. Famous for the line ‘we’ve gone on holiday by mistake' as well as countless others, this black comedy was shot largely at an isolated farmhouse known as Sleddale Hall, which doubled as Uncle Monty’s cottage, and which is occasionally used today for open-air screenings of the film by the Eden Arts Picnic Cinema group. 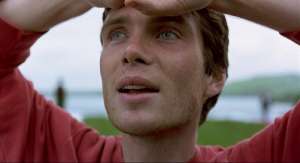 We, locals, have known for years what a great place Ennerdale is to escape the frantic pace of everyday life - but evidently, it’s a sensible place to go when fleeing the zombie apocalypse as well. Director Danny Boyle chose the valley for the closing scenes of his 1997 movie, in which survivors take shelter in a farmhouse, with the worst of their ordeal apparently behind them. And the film shows the lake and valley all its splendor, with some stunning panoramic cinematography.

Starring Renee Zellweger and Ewan McGregor, this biopic is a fairly twee account of the life of everybody’s favourite children’s author and one-time owner of Lindeth Howe, Beatrix Potter. The film was absolutely hammered by the critics but it means well and the stunning Lakeland scenery does give proceedings a lift, including footage of Hill Top and the secluded Loughrigg Tarn, which was adored by Wordsworth.

Snow White and the Huntsman (2012) Langdale

Locals still talk about the night in October 2011, when the entire Hollywood cast of Snow White rocked up at the Wateredge Inn at Ambleside for drinks. Charlize Theron, Kristen Stewart, the late Bob Hoskins, Ray Winstone and Eddie Izzard left local people agog when they piled into the pub after a day’s shooting at Langdale, at locations such as Cathedral Cave, in Little Langdale; Blea Tarn and the Langdale Pikes. Theron and Stewart stayed in Windermere for the duration of the shoot.

I wandered lonely as an X-Wing, Wordsworth might have written had he been around when the new Star Wars movie came to town. Episode 7 of the Star Wars franchise released in December, featuring scenes shot at Derwentwater, the first full length trailer was watched an astonishing 88 million times in its first 24 hours online. The lake stands in for a verdant alien landscape and is shown in the trailer with a formation of spacecraft swooping low across the surface of the water.

Who knows what Blockbuster will be next?