The History of Lindeth Howe Hotel

Lindeth Howe was built as a summer holiday home for a wealthy mill owner in 1879.

Lindeth Howe was situated in a 28-acre estate commanding fine views over Lake Windermere. The mill owner rented the house out to friends for holidays.

At the turn of the century, the house was bought by Bruce Canon Vernon Wentworth of Wentworth Castle, near Barnsley, a retired Captain in Her Majesty’s Grenadier Guards. He also rented out the house and amongst his guests was the Potter family.

From 1902 to 1913, Beatrix Potter wrote her famous children’s stories and for two of these stories, Timmy Tiptoes and Pigling Bland, she illustrated them whilst staying at Lindeth Howe. We have copies of some correspondence from this period and have permission to use a copy of her handwriting when she inscribed Lindeth Howe. We also have some original photographic plates of pictures and prints of the house taken by her father, Rupert Potter, who was an amateur photographer.

In 1915, after the death of her father, Beatrix Potter bought Lindeth Howe for her mother, Helen Potter to live in. Beatrix had fallen in love with the property during the times she had stayed and notified her mother when the sale was announced. At this time Beatrix Potter lived in Near Sawrey. 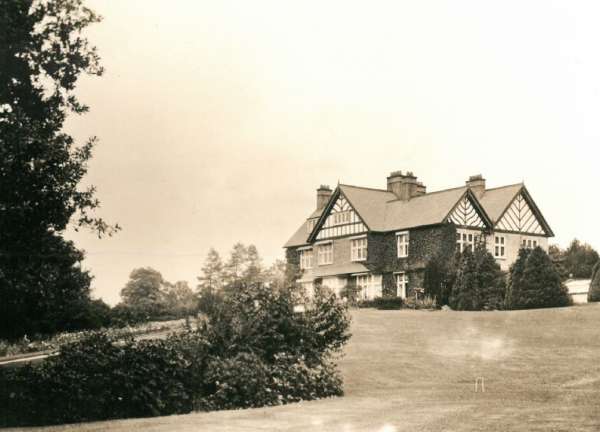 In 1933 Mr & Mrs. Doxford bought the house from Beatrix Potter after her mother died.

Their two sons grew up in the house and Mr. Doxford Junior was still a regular guest at the hotel, staying in the room, which was his nursery as a child up until 2013. He kept many photographs of the house and shared his memories and childhood stories of the house with the staff and guests. Mr. Doxford senior was an engineer and he designed and made a system for opening and closing the high-level ventilation windows found on the ground and first floor. This system still works perfectly today.

Lindeth Howe in the meantime was sold on to the Howarth family and remained in this ownership until July 1973 when the house was sold by executors of Richard Howarth to yet another development company partnership, Bruce Lane Development, and Walker Park Securities. They held the property for a couple of years before selling it to a local family Builder and Joinery concern, Brian and Jillian Postlethwaite. 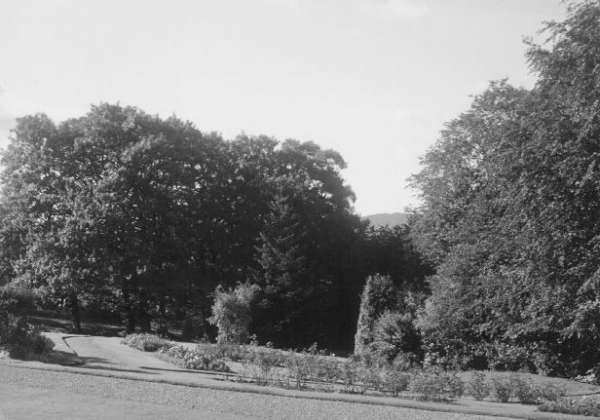 The Postlewaite family purchased the house and started a Bed and Breakfast business. During this period various plots of land were sold out of the estate and a few other private houses were built, all sharing the same driveway to the main property.

In 1978 the Baxter family purchased one half of the property which operated as the Bed and Breakfast business, and then subsequently purchased the other half, Lindeth Brae in 1983, converting the property into one complete family home once again. Lindeth Howe thus became a small country house hotel with 15 bedrooms and private family accommodation for the owners.

In 1998 the Baxter’s retired and sold Lindeth Howe with the benefit of extensive planning permission to its present owner, Sir Norman Stoller OBE DL and Stephen Broughton. Sir Norman is a retired businessman from Oldham, who had spent his business life developing an internationally renowned health care supplies business. Much of his private life has been spent in the Lake District and this resulted in the acquisition of a hotel business in the area following his retirement. Additionally, Stephen Broughton is a great advocate for the Lake District as he is very passionate about encouraging visitors to come to the area. Mr Broughton and Sir Norman are also owners of Mountain Goat Tours and the Windermere Tourist Information Centre.

In 1999 the hotel was enlarged, very much in keeping with the original architecture, to 34 bedrooms and a treatment area for residents, whilst still retaining a lovely restaurant and spacious lounges. Again history was made in 2003 when the Postlewaite family took over the hotel exclusively for the weekend in order to celebrate the marriage of their daughter, Alison.

Further refurbishments took place in 2009 when the hotel opened two deluxe suites aptly named ‘The Potter Room’ and ‘The Westmorland Suite’. Rumour has it, The Potter Room is the bedroom that Mrs Potter slept in. The Westmorland Suite is hidden away at the top of the house on the second floor. Both suites feature stunning interior design and the highest quality furnishings and enjoy spectacular views over the gardens towards Lake Windermere and the fells beyond.

The hotel, a member of Classic British Hotels, boasts awards including 4* status from the AA & a 4* Gold Award from Enjoyengland.com. The Dining Room has 2 AA Rosettes and won the Lancashire & Lake District Life Magazine’s Lake District Restaurant of the Year Award 2009/10.